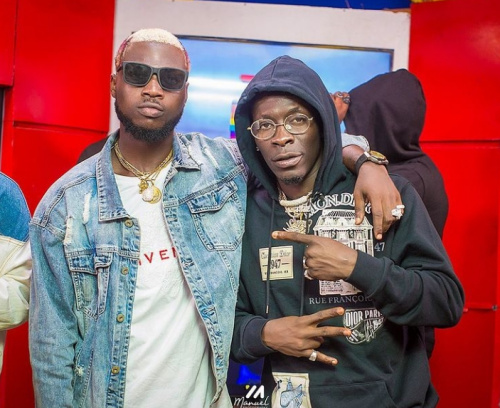 Kumasi based young musician, Phaize has revealed Ganaian dancehall icon, Charles Mensah Armah Jr known as Shatta Wale in the Creative Arts Industry has assured to go to UK along with him.

Phaize born Emmanuel Amoah Donkor revealed in a one on one interview with Zionfelix that Shatta Wale will be taken him along with 6 other Kumerican artistes to the United Kingdom for a show.

He appeared in ZionFelix’s song titled ‘Kumerica’ which features Reggie Rockstone, Amerado, Oseikrom Sikani, Ypee and Many others.

The ‘Turn Up’ Hitmaker revealed he wanted to do law but rather chose music over the bar when he realized his grade will not good for the course.

Your Power Is Your Thumb, Not A Weapon – Beast Of...