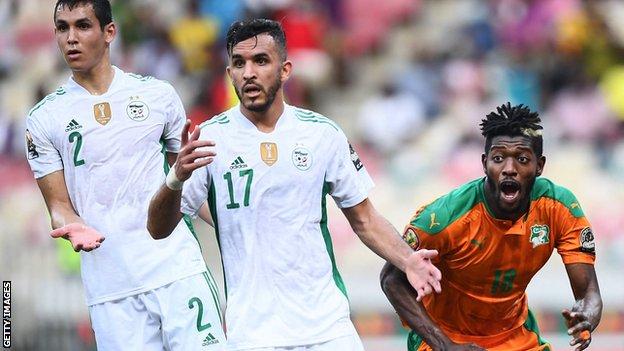 Algeria’s 35-game unbeaten streak was stopped in a surprising upset by Equatorial Guinea in their most recent match, and they were outplayed once more by the outstanding Ivorians, who may have scored more goals with better finishing.

Franck Kessie and Ibrahim Sangare also scored to give the team a seven-point lead in the pool. Equatorial Guinea (six points) joins them in the second round after a 1-0 win over Sierra Leone ousted the latter.

Algeria’s Riyad Mahrez missed a penalty, but Sofiane Bendebka grabbed a consolation in a replay of history.
Algeria similarly lost in the first round of the following edition after winning their only other Cup of Nations championship in 1990, losing 3-0 to the Ivorians, who went on to win the trophy.