Information reaching us indicates the Market in Accra is on fire.

Meanwhile, we understand personnel of the  GNFS (Ghana National Fire Service are already at the scene to salvage) the situation.

The fire reportedly started from a place close to the Agbogbloshie Market.

This incident happened just hours after fire gut and destroyed part of the Koforidua market in the Eastern Regional.

Shops and lot of items were consumed by the inferno believed to have started around 10 am.

It’s been two weeks since fire guts portion of the first floor of Ghana Commercial Bank (GBC) Liberty House Building, in Kantamanto in the Central Business District of Accra. 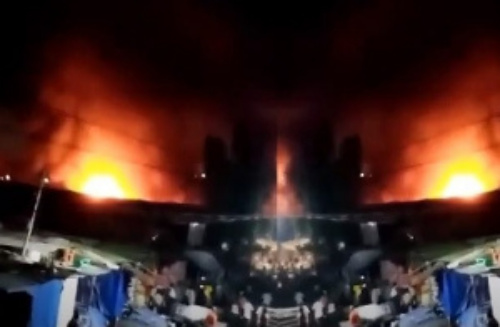 Juju Man Impregnates The Wife Of A Pastor