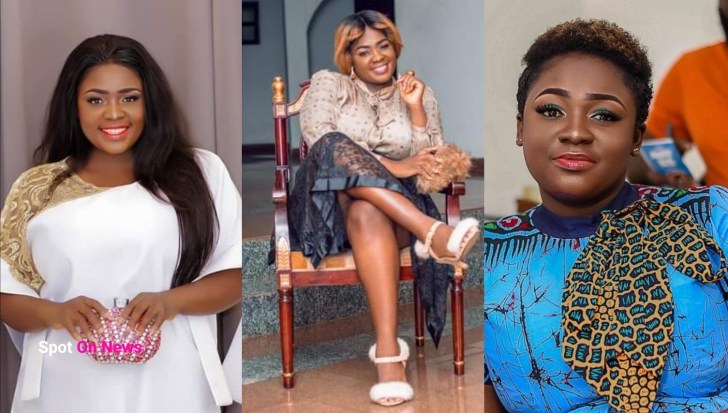 Plans are in line to help me accrue more wealth and properties in the next few weeks, Actress Tracey Boakye has said.

She further indicated that nothing would bring her down and was poised to work harder to live her life.

Tracey Boakye revealed this when she was responding to her critics in a new video.

According to her, those criticising her would not be able to achieve what she has achieved in life.

“I hope your insult will help you to be in the same position with me because you cannot bring me down or ruin my life. You cannot achieve what I have achieved in life,” she added.

Tracey Boakye insisted that her critics could devote their time which they were wasting to spread defamatory videos about her to something worthwhile to put money in their pockets and purses.

She maintained that she would never be out of social media as being advised to do so, adding that “nothing can tame me.”

Tracey Boakye revealed that she had passed through worse times than the one she was passing through.

She noted that 2016 was the worse year of her life especially after the National Democratic Congress (NDC) flag bearer lost to the current President, Nana Addo Dankwa Akufo-Addo.

“Lots of people insulted me and was forced to log out from my social media accounts but now nothing will send me off from social media,” Tracey Boakye added.

She also pleaded with her fans and explained that she knew she gave them reasons to doubt the root of her wealth but all her wealth she has accrued was through her hardwork not sexcapedes with married men.

“I know I didn’t talk right when I was attacked by someone, that is why I have pleaded several times. I know you people are confused because of what I said in my earlier videos to reply to the one who attacked me but trust me I achieved everything with my own sweat,” Tracey Boakye said.Reporting zone  Ghana legendary.com

Medikal has finally granted interview on why he fell out with...

Kelvynboy – Stonebwoy Gave Me The Platform But My Talent Has...