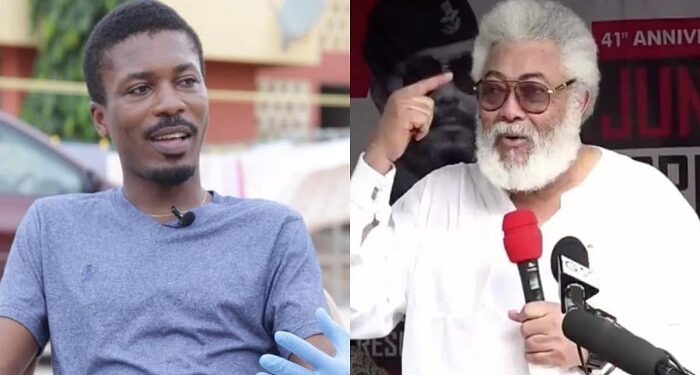 Clemento, who is brilliant at mimicking the founder of the National Democratic Congress, finally had a one-on-one encounter with him.

He didn’t spare the former President’s  ribs at all. 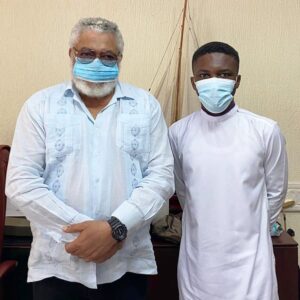 He mimicked one of Rawlings’ bad attempt at speaking Twi and Rawlings agreed that he nailed it.

Clemento Suarez shared the funny encounter with Papa J on his Instagram on Monday, August 17, with the caption: “2 superheroes”. 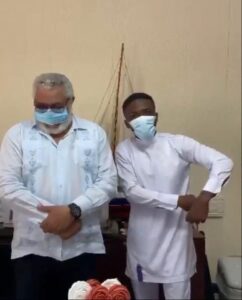 The video has garnered more than 20k views in less than one hour and, has comments from top celebrities including, Donzy, Opanka, Cookie Tee, DJ Switch, Ohemaa Woyeje and Mzbel. 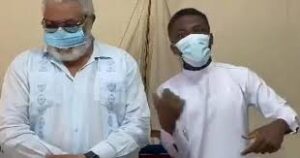 Clemento Suarez gave JJ Rawlings some laughing mood after they met face-to-face.
He mimicked the former president and made sure he laughed his heart out.
Watch the video below on Ghana Legendary Tv on Youtube: 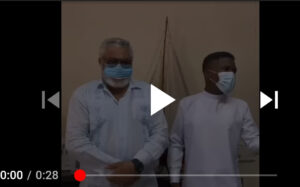 Papano is a blessing to Ghanaians – Counselor Lutterodt

I Was Born Normal, But I Stopped Growing At Some Point...

Kwesi Arthur Confirmed His Readiness To Work With Kweku Flick