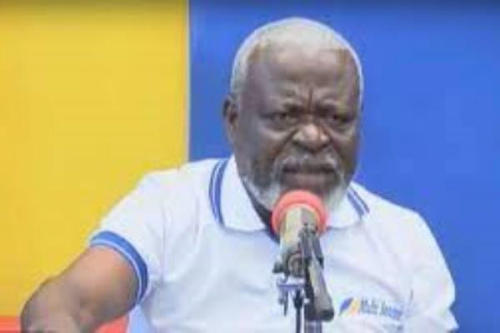 Football administrator Kofi Manu reveals ‘he laughed a 100 gallons’ upon hearing his one-year ban by the Ghana Football Association.

This was after Manu broke Article 18 of the Ghana FA Code of Ethics (2019) (Duty to Cooperate) which imposes a duty to assist and cooperate honestly, fully and in good faith with the Ethics Committee.

The Committee has opened proceedings into Manu’s alleged involvement in the Number 12 Documentary-an investigative piece by famous undercover journalist Anas Armeyaw Anas where several members of the Ghana FA were caught on tape allegedly taking bribes.

He failed to honour a previous invitation to appear before the Committee on 19 November, 2020.

But Manu argues that the Ethics Committee is an illegality and had written to the Ghana FA telling them members did not have the competence and capacity to sit on his case.

”Let me say on authority that, that ban served on me yesterday [Monday] has no effect,” an angry Manu said on Asempa FM.

He added: ” Because the committee that served the ban is unlawfully constituted based on the Code of Ethics and I want to say on authority and emphatically that I shall never, never on any occasion appear before this committee if it exists in this form as constituted now.

”I can only appear when they have two chambers [Adjudicatory and Investigatory] as demanded by the Code of Ethics.

”So the Committee members if they are listening to me well they must understand that the work they have is gone to nothing.

”Yesterday, I laughed a 100 gallons because the GFA is a laughing stock.”

Black Satellites To Be Given $100K Bonus From Gov’t For...