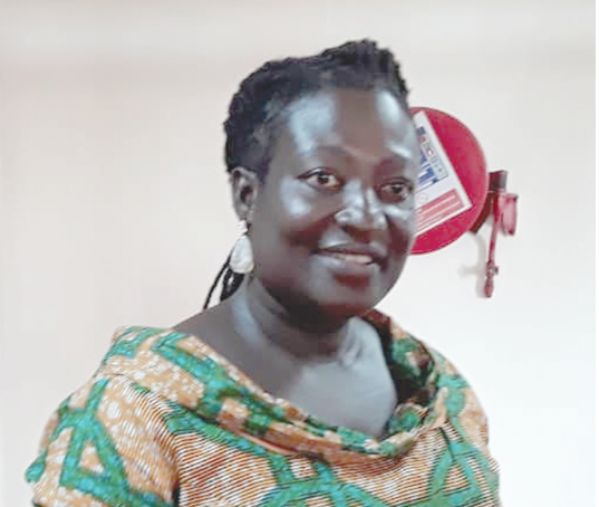 The incumbent member of parliament for the people of Assin North Constituency, Hon. Abena Durowaa Mensah and her team are still wondering what made the constituents to vote against her in 2020 election.

After the 2020 election, Rev. John Ntim Fordjour and Hon. Kennedy Agyapong retained their seats whiles Abena Durowaa Mensah lost hers to the NDC.

Hon. Abena Durowaa Mensah after winning the election in 2016 as a member of parliament, she selected a few number of people in her party, positioned them well in many offices and neglected many others in her own party.

Aside that, most of her campaign team members in 2016 who worked tiresly to bring her to power and expecting to be given a lot of opportunities in her administration got disappointed.

Meanwhile, these young guys who were positioned well by Hon. Abena Durowaa Mensah had little experience in the game of politics and their actions drove many people away from her own party (NPP)

Assin North Constituency Branch executive members of the New Patriotic Party decided to vote her out and bring another person as their candidate for 2020 before their primaries election because of the interest and hope that they had lost in her, but she managed to win the primaries at the end of the day.

Their campaign team failed to talk about what Hon. Abena Durowaa Mensah had done for her Constituency and what she intends to do when given the second term in office as a Member Of Parliament.

They then decided to attack the NDC’s parliamentary candidate personally by making a lot of allegations against him using the media.

It got to a time that Hon. Kennedy Agyapong, MP for Assin Central had to step in to campaign for Hon. Abena Durowaa Mensah just because the people of Assin North had rejected her after they were done with their visibility studies.

Whiles the people of Assin North Constituency were demanding for proper accountability in Abena’s first term in parliament as MP, her campaign team were busily going round to conderm the NDC’s parliamentary candidate.

In two weeks before the election, her campaign team stopped delivering the campaign messages to the people and led her to organize a lot of jams, street carnivals, keep fit programs and sports in order to win the hearts of the youths in the constituency without considering the rest who could not take part in those activities.

This number of youths who showed up in their various activities made them feel like they had already won the seat and had nothing to lose.

Now, whatever they thought could happen in their favor has totally turned upside down after Abena had lost the seat to the NDC’s candidate (Hon. James Joe Quayson) by almost 3,305 votes. 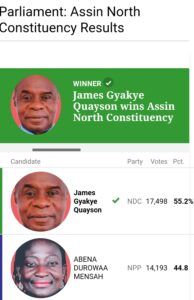 Hon. Abena Durowaa Mensah will not be in parliament as a member of parliament when the next parliament begins.

Yvonne Nelson ‘barks’ at Akufo-Addo – Remember what you did to...