They Lost because of disobedience – Prophet Francis Kwarteng boldly tells 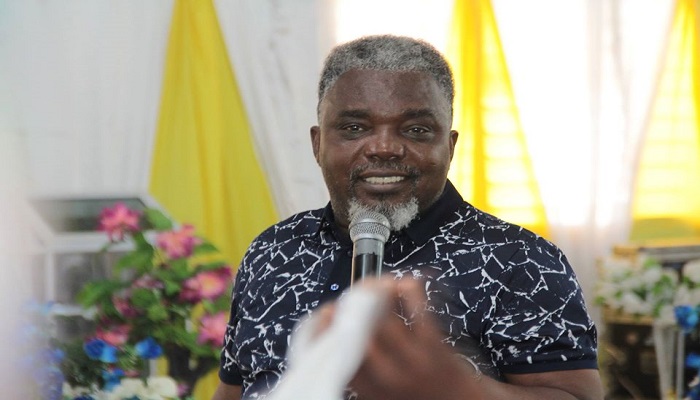 The Founder and General Overseer of House of Power Ministry International on his Facebook page boldly explained why those people also lose the contest because of disobedience.

He said, God has so many ways of punishing His children when they disobey Him continously and have no regret for that.

Sometimes God causes sickness to befall them so they would seek Him well and repent, and just at times too, He ordains demons to destroy their handiworks and cause them to be financially handicapped.

Whatever they touch will never work for them all because of sin, they lose any contest that they go into. All these, God will only do to the people He loves just so they can repent.

He said that, people still have it in mind what they did to mankind when they had the power to rule the people.

Same thing God did to the Israelites when they sinned against Him and disobeyed him, same thing happened to these people in this year’s contest.

Prophet Francis Kwarteng made referenced in Judges 6:1 saying “And the children of Israel did evil in the sight of the LORD: and the LORD delivered them into the hand of Midian seven years. 6:5 For they came up with their cattle and their tents, and they came as grasshoppers for multitude; for both they and their camels were without number: and they entered into the land to destroy it.

6:6 And Israel was greatly impoverished because of the Midianites; and the children of Israel cried unto the LORD.” God could have caused the Midianites to wage war against Israel but no, He just charged them(Midianites) to destroy the works of the people of Israel and this brought great distress to the people whom God called His own, then they came to the realisation to call upon the Lord. He heard them and brought unto them His Prophet to redeem them.

At the beginning of year 2020, God ordered some people to be under his feet through his Prophets so that they could win but they refused to do as commanded.

But it is not yet over for them since they still have the chance to repent and fight for what belongs to them.

They only need to quit sinning now and start pursuing righteousness and the Lord God will in His own mystery ways bring one of His Prophets to redeem them from their crises now.

3 Individuals Die In A Car Accident